So much to say, so little time to get it typed up! First an earth box report for Julie. Kathy and Jan discovered that the earth boxes at the primary school were getting a little too much love and attention. The kids had cut holes in the “shower cap” so that they could water around each seedling.  They were watering from the top AND the bottom. The little seedlings were in need of an ark! What the seedlings got instead was kids educated about the need for  plant roots to breathe.  The team created charts so the kids would know whether the boxes had gotten their daily watering. Some boxes  received  a week’s worth of watering in one day because multiple kids were caring for them.

The boxes had to be moved so the ground  could be leveled?  ( not sure why, but Iimagine Julie would know)  In the process, a box was overturned, which provided the team with a “teachable moment”…an opportunity  to show what happens to waterlogged plants.  The kids then painstakingly scooped up the dirt and put it back into the box.  They LOVE those boxes.

When the earth box team comes to the Kiddie Homey Day Care Center, I’ll try to get some pictures, but the short report is that all is going well.

About the hand washing…take a look.

Kids are your hands clean??? The bluriness of the photos give you a good idea of the level of activity! 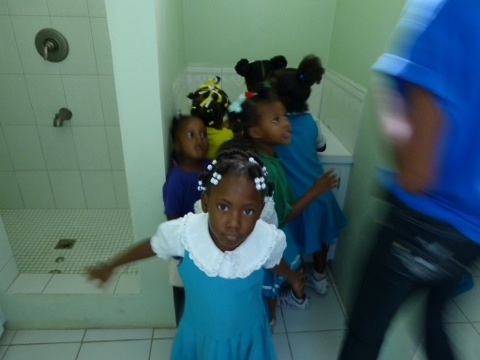 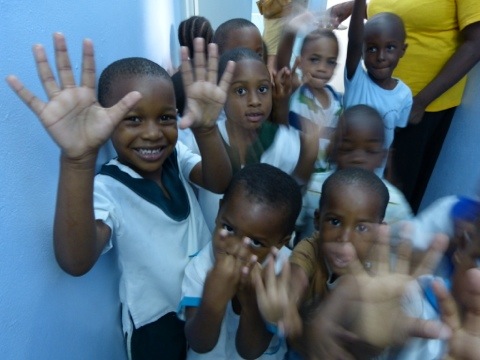 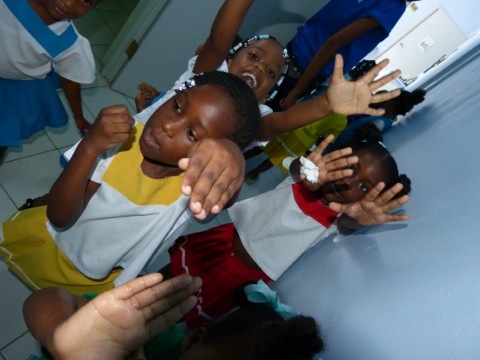 Today was an especially great day at the Kiddie Homey Day Care Center because the construction team installed the equipment that stops the doors from slamming. I have no idea what their official name is. I just call them “sanity savers”. There still is the noise from the high ceilings and the sound bouncing off the concrete walls, but those “sanity savers” made a huge difference in the sound level this afternoon!

The kids love to color, so I decided to try to get them to color their names. As you can see, they really got into it. I took the first shot before they saw the camera. Once they did, it was all over. 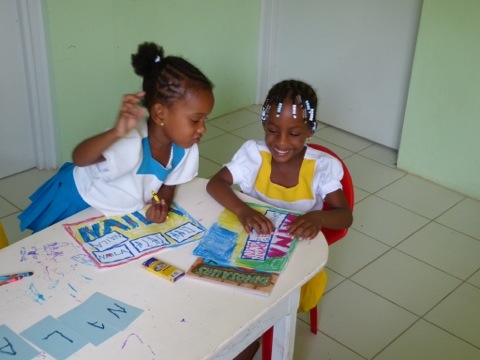 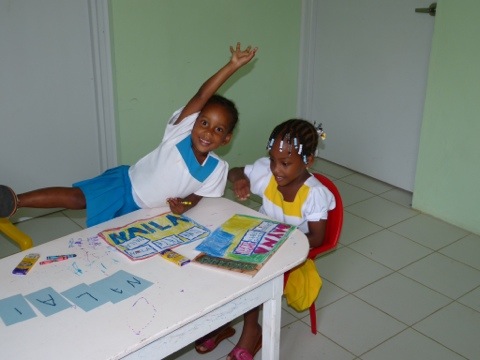 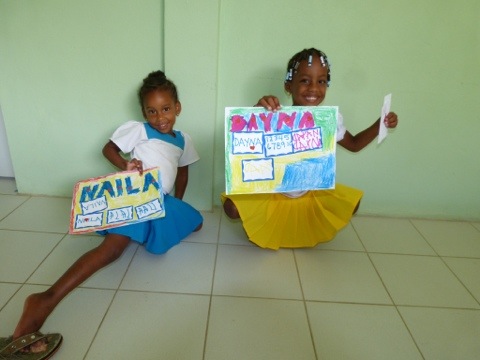 Ms Frederick tells me what the different kids need to work on.  Starr and Gratia needed help with numbers, so i created a little game for them.  They liked it so much, they insisted we play it again and again. I told them to “mess up the card”, then put them back in the right order. 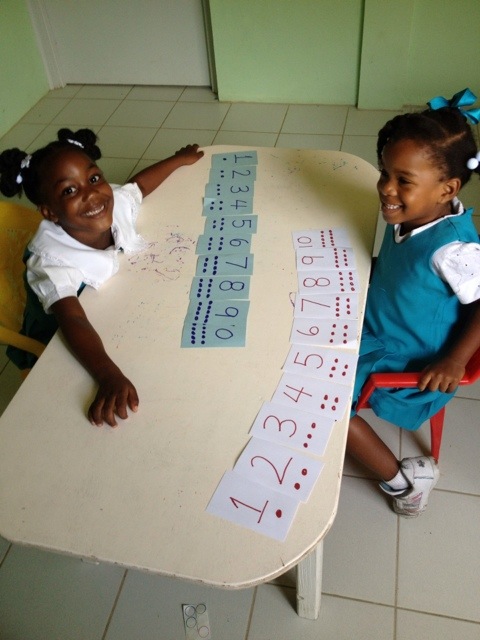 And now it is time for the weekend to begin!

2 thoughts on “A wonderful first week”