We had to be at Hue’s airport by noon, so we started our morning early, with a boat ride up the Perfume River to visit the Beautiful Lady Pagoda and two of the Mausoleums.

The lady of the boat was also in charge of the “gift shop”. She’s very happy because I overpaid for a couple of items. Even Buddha is laughing at me! But she is pregnant, so I don’t feel bad about contributing to her unborn child’s well being. 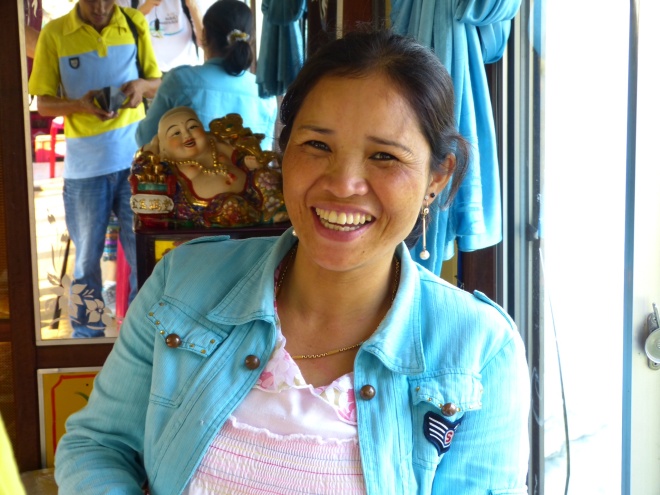 At one time, each of the seven layers in the tower contained a gold Buddha statue, but overtime, they all disappeared.

Also on site is the car that was used to drive Thich Tri Quang, the monk that set himself on fire in Saigon. He was protesting the persecution of the Buddhists by the South Vietnamese Catholics, led by Diem. 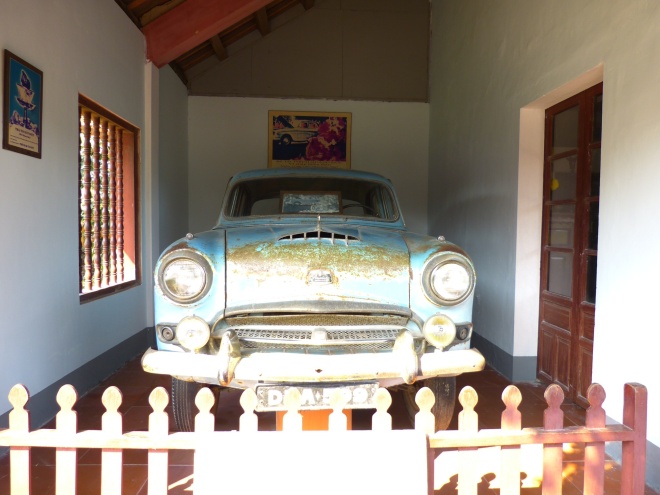 Once again, I learned that I can’t leave Mike alone.

This guy attracted MY attention.

The ruling class did not suffer from low self esteem, as evidenced by their mausoleums. No humble hole in the ground for them. Their mausoleums also functioned as parks; they were so lovely the emperors used to spend time there while still alive. 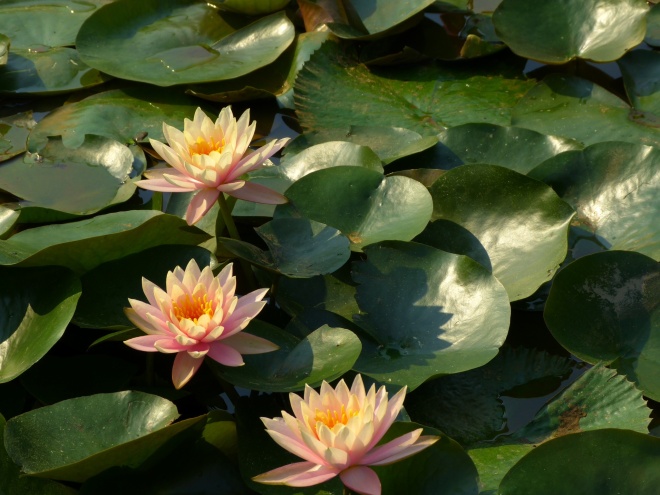 Bao Dai, the “playboy” emperor, abdicated in 1945, but before he left, he constructed this tomb to honor his father, Khai Dinh. It was quite dazzling, with all the gold.

But one statue is never enough. 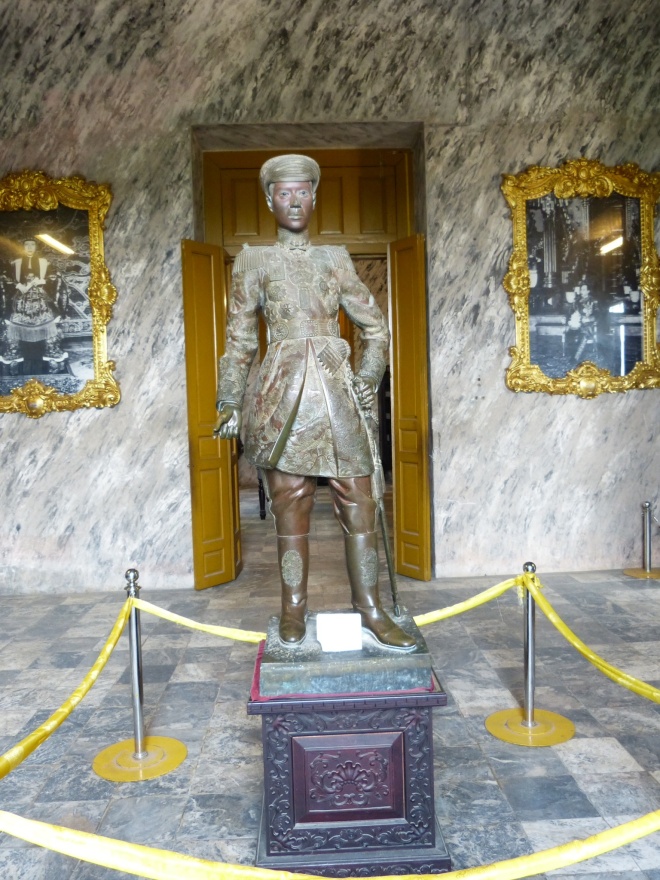 The queen’s photo hangs on the top level. She doesn’t look very happy, but then, neither would I if Mike had scores of concubines.

I know that if “my girls” had been with me, THEY would have put on a costume and sat on the throne for me to photograph. Mike was not as cooperative, so I had to make do. 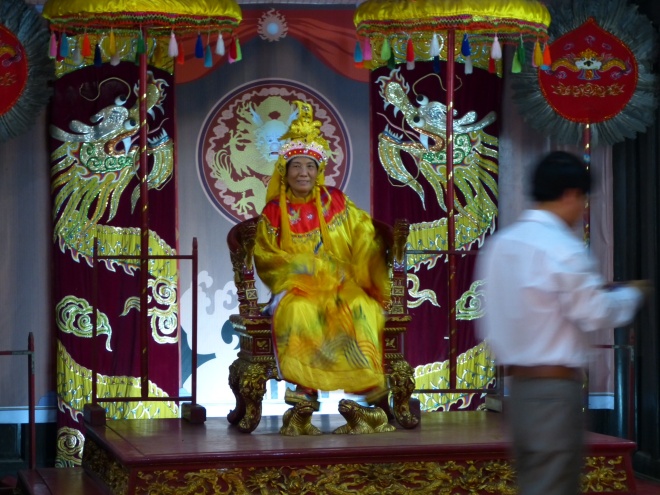 Time to leave for Hue’s airport. There are no jetways, so we walked down a flight of stairs, to the outside, where we boarded a bus that drove about 100 feet to the plane for our flight to Hanoi.

One thought on “What a way to go!”