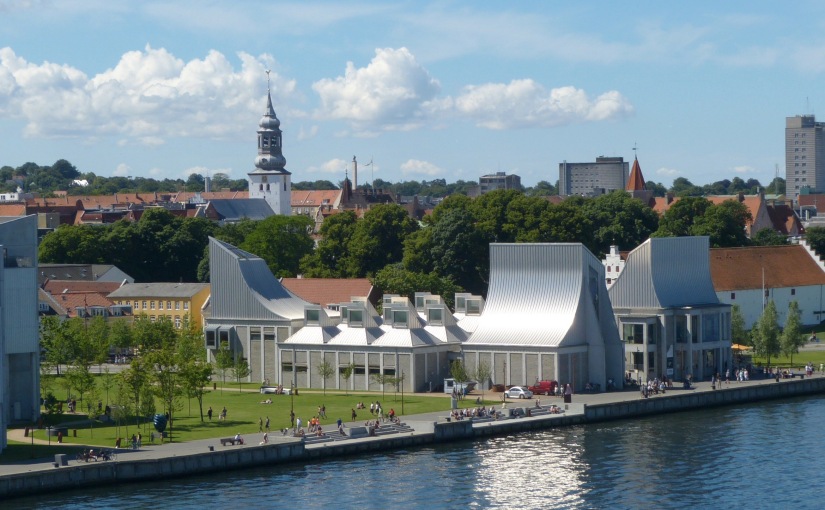 Yet another advantage of cruising?  You visit ports that you probably would not have found on your own.  We had never heard of Aalborg before our Viking cruise. 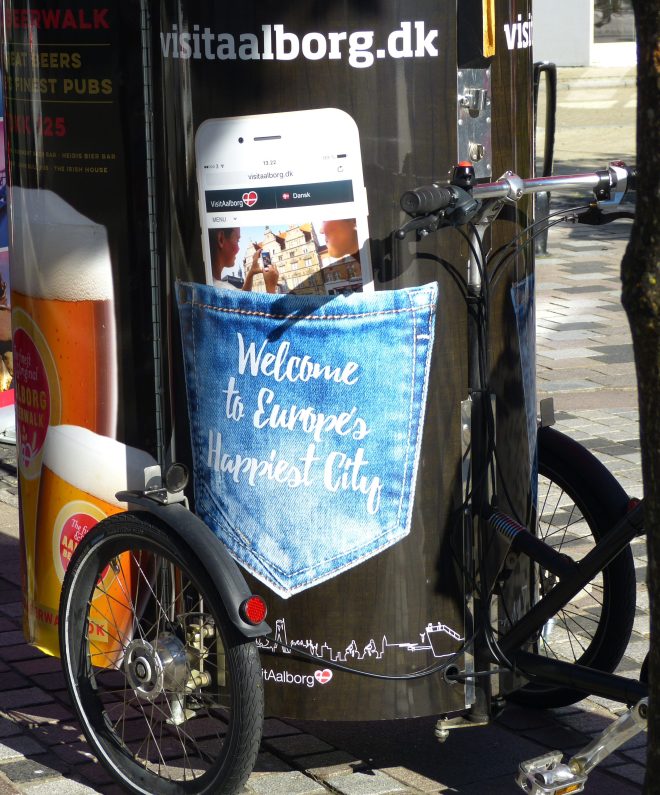 Is Aalborg Europe’s happiest city?   The tourist board certainly thinks so and after spending the morning with Jane, our cheerful–and informative– tour guide, I think it might just be.

Jane told us residents are happy because they feel safe and they have what they need.  Although taxes are high, there is no charge for education, pensions are universal and health care is provided.  University students live in cheap apartments, get a stipend and have free tuition.  In Denmark, Jane told us, people are cared for.

What I found interesting is that although mothers get one year paid maternity leave, and families receive a per child payment, the average family size is less than two.  Especially with those long winter nights…

Aalborg is a lovely little city, very clean, artistic, and orderly, with a nice mix of old, preserved buildings along more modern edifices.

The Jens Bang house (on the left)  was built in 1624.  Mr Bang was a very successful merchant, but unfortunately was never accepted by the power structure.

He took architectural revenge, however, by decorating the side facing city hall with these grimacing creatures, who are sticking their tongues out at the politicians of the day. 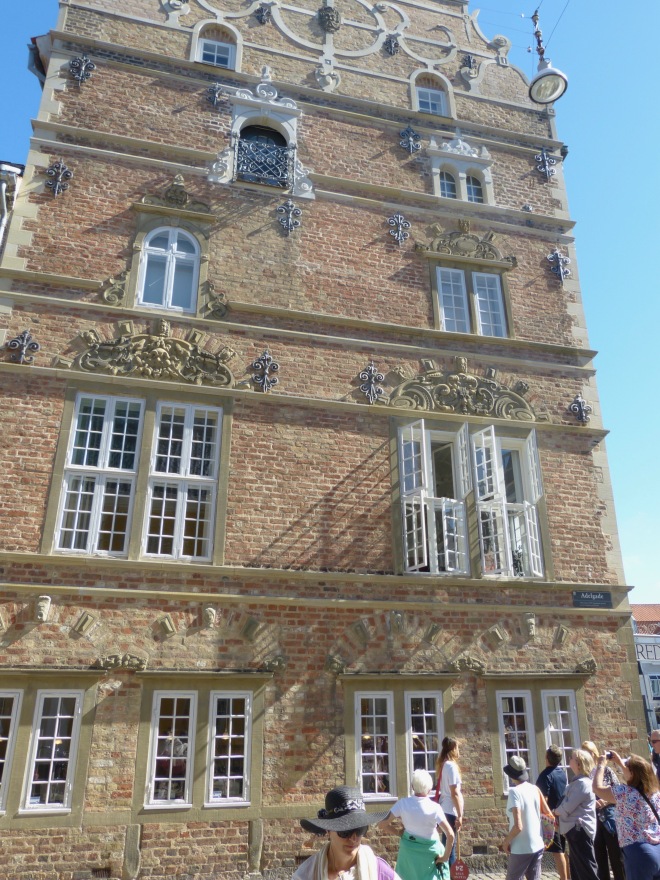 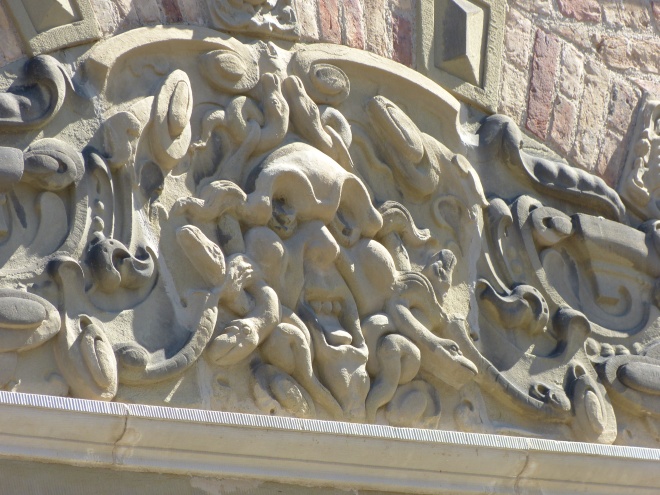 The rather irreverent Danish sense of humor continues to this day, as displayed in these figures found in a gift shop.

Our tour included a visit to the monastery/nunnery, where proximity led to a flurry of construction.  It seems that in the 1400’s, unplanned pregnancies were resolved by bricking up the nuns (into walls) where they (and their unborn children) were left to die.

What a difference a few centuries can make!

We also visited the local churches where we saw something rather novel: refreshments being offered in the church proper.  They really ARE a very welcoming community!

As with other Scandinavian churches, this one had a ship hanging from the ceiling, which we were told is meant to symbolize passage from this world into the next.

If you happen to visit Aalborg and have a hankering for some good ol’ American fare, not to worry.  This wonderful town has you covered.

On our way back to the ship we were treated to a “reenactment”, something those of us in the northeast are all quite familiar with. 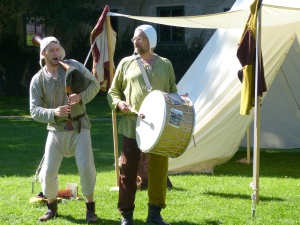 As the ship pulled out of port, residents gathered to bid us farewell, waving flags while loudspeakers broadcast Danish music. 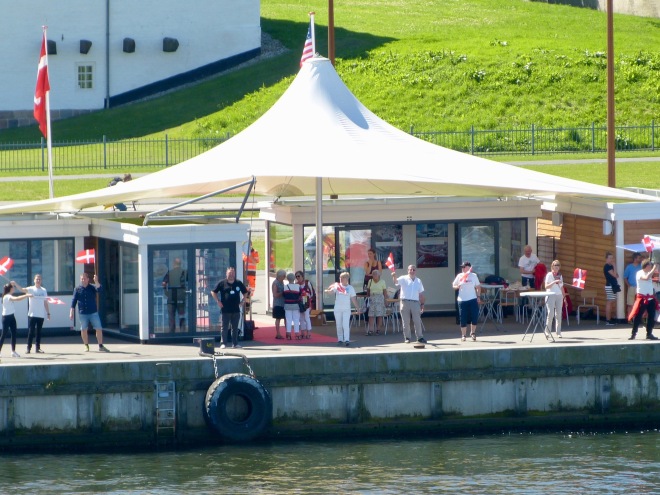 Yep, they sure looked happy.  And we were too, after spending the morning with them!