One would think that we would be tired of Route 66 by now. One would be wrong. Although we are indeed museumed-out, we still are enjoying the roadside attractions. Our last eatery experience was such fun, we were game to try another. 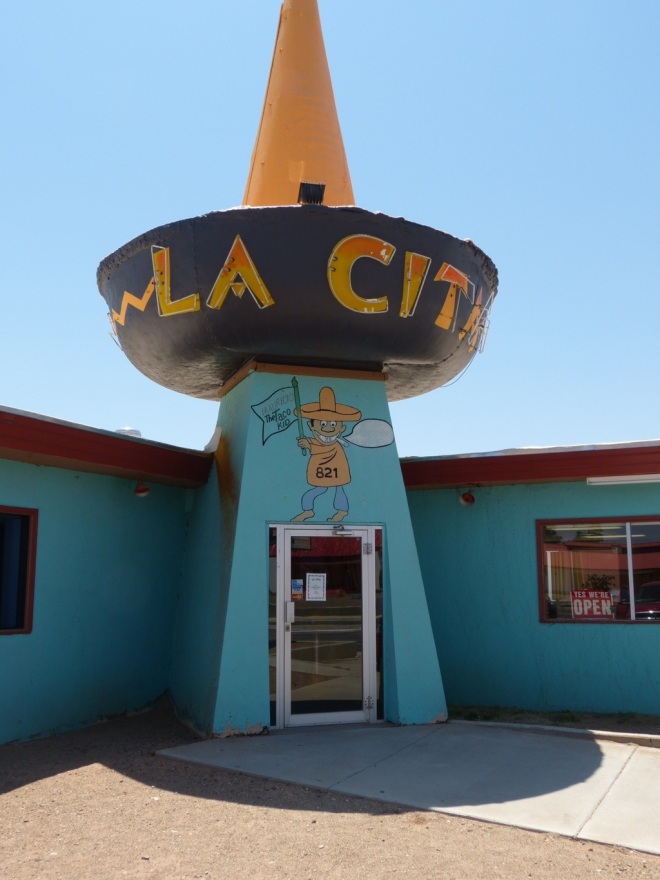 We did love the exterior of La Cita, but it became the restaurant not chosen. Robert Frost undoubtedly could have squeezed a poem out of these two restaurants diverging on a highway, but not being a poet, I’ll just say that we ate at Del’s, based on Trip Advisor reviews.

The food was very good, and the service was as friendly as Trip Advisor reported.  Our waitress sure did want us to try the sopapillas.  She offered to make them “to go”, but given that my jeans were already groaning from all that barbecue, I decided to pass. My only regret on this trip was that we stopped at a Comfort Suite in Amarillo instead of driving until we reached Blue Swallow motel in Tumcumcari, New Mexico.

Sure, we got Texas shaped waffles at the Comfort, but look at what we missed.

True to their word, the owners encouraged inspection. One room was kept open to allow you to peek inside, so of course I did.

One bed would not have worked for this trip, but they did have other rooms with two beds. I would have liked to experience the 100% refrigerated air!

I could just picture us sitting outside in these chairs, bottles of beer in our hands, watching the cars roar by on the “mother road”. 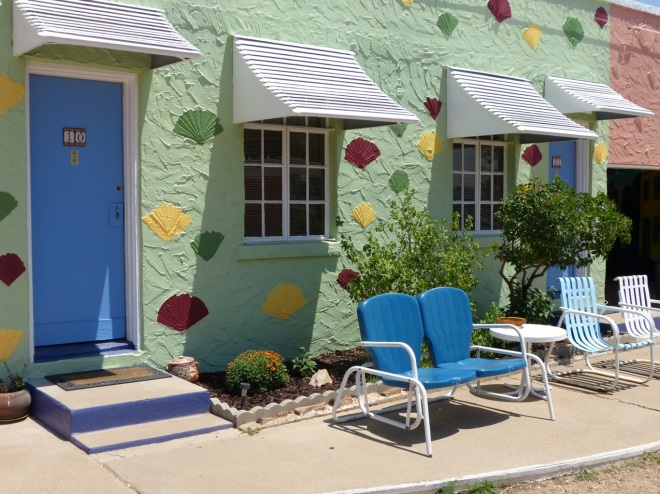 Most rooms had garages alongside, for the guests that just couldn’t bear to be separated from their wheels. This would have been the perfect place to stay during that hailstorm.

The best part were the murals inside the garages.  Of course, each garage was different.

I sure did love that place. Maybe next trip…

We got a little lost trying to find the Blue Hole in Santa Rosa, but the detour provided our first glimpse of desert blooms.

This would be our last night in a hotel, so we opted for the Nativo Lodge in Albuquerque.  We got a great rate, a comfortable room, and beautiful Southwestern decor. 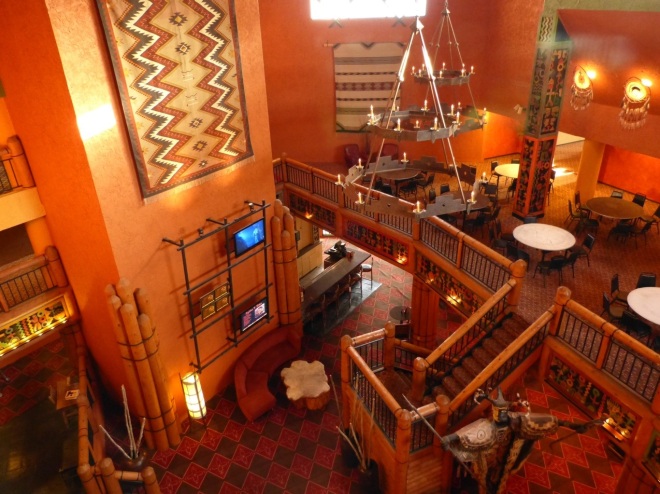 We arrived just in time to quickly check in, then head for  Sandia Peak. 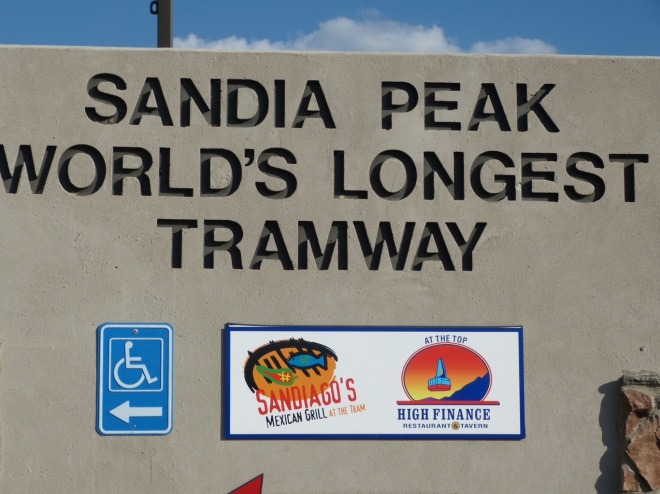 We rode the tram to the top, which brought us to 10,300 feet above sea level.  What a panoramic view!  I can’t imagine skiing down such a steep slope.

Dinner at High Finance Restaurant was quite wonderful, and we finished just in time to catch a spectacular sunset.

It was about 55 degrees at the top, so we didn’t linger.  I was able to get a couple more shots on the way down. 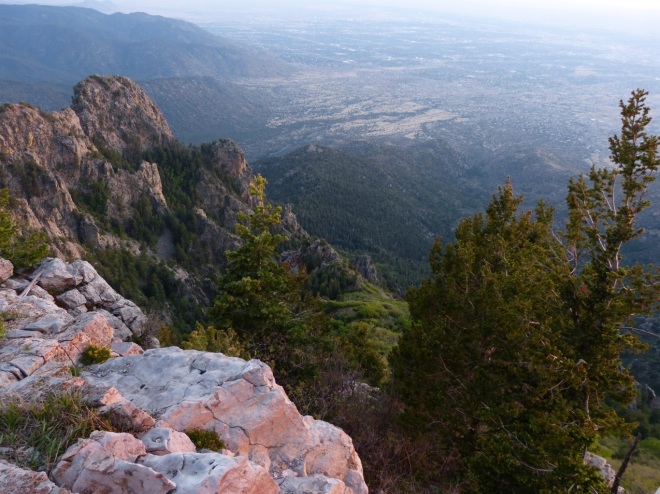 A great way to end our last travel day. The next will be Santa Fe and Greg’s apartment.