Our son Greg recently spent 10 days on the Appalachian Trail, hiking through Virginia. Yesterday was a beautiful day, so the three of us decided to wander along a small portion of the trail where it crosses from Pennsylvania into New Jersey.  After the Delaware Water Gap, the Appalachian Trail passes through Worthington State Forest, and intersects with those trails near Sunfish Pond.

Greg and I had read Bill Bryson’s book, “A Walk In the Woods”., which describes his Appalachian Trail Endeavors.  Unlike Bill (and Greg on his solo trip across Virginia),  we did not  experience the silence of the forest.  Instead, Bollywood music from a parking lot party accompanied us part of the way, and when that sound faded, it was replaced by a hiking family’s boom box playing Asian music.  Sometimes you get a multicultural experience when you least expect it.

It was the perfect day.   Not too hot — not too cold, with only one small stream to cross and just a few feet of muddy trail on either side.

It took about an hour to get to Sunfish Pond.  At first we were admiring the view of the lake while we watched the huge blue dragonflies whipping through the air, doing their best to keep the mosquito population under control.

Then we noticed what initially looked like bumps on a log.  These guys were  basking in the sun, right by the shore. 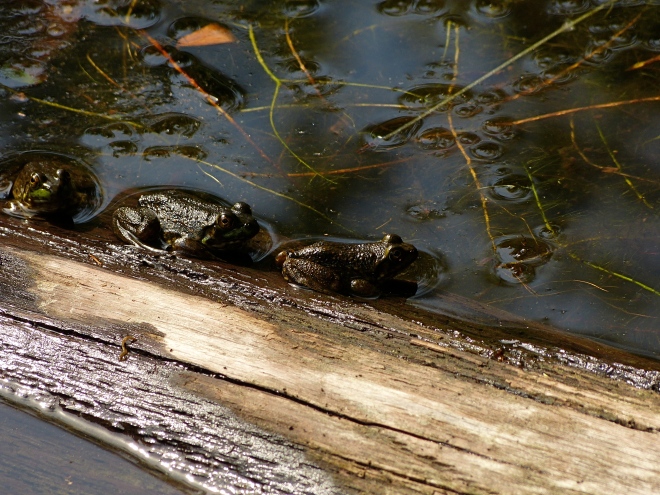 It took a while for us to realize we were being watched by lots of eyeballs.  Once we started looking though, we saw them everywhere! 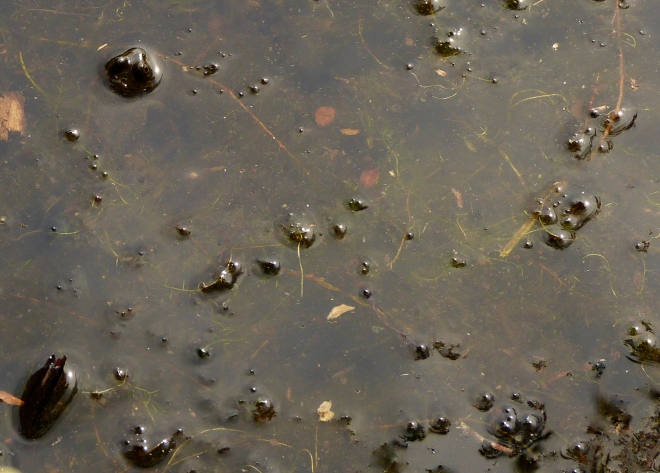 The hike down was actually trickier than the way up, because loose stones can cause you to lose your footing. One advantage was it forced you to go more slowly and look more carefully.  I hadn’t noticed these tiny mushrooms on the way up. 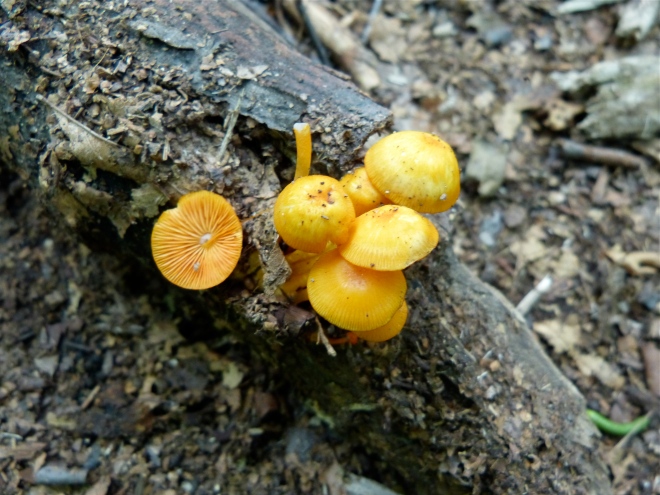 I am in awe of the through hikers that tackle the trail — including, and especially, my son.  After yesterday’s five miles, Mike and I’d had  quite enough, and were glad we would be returning to a full refrigerator, indoor plumbing, screens on windows and comfy beds!